Whenever I visit the Sunshine Coast, it’s hard to ignore the series of breath-taking volcanic peaks en route, known as the Glasshouse Mountains. With the Easter long weekend coming up, I decided to stop looking up at them in wishful awe and pay the scenic backdrop a visit.

Of course, nothing is ever smooth sailing; my late finish at work + Joe spending his afternoon playing computer games instead of loading the Ute = us leaving Brisbane much later than planned. Throw in a torrential downpour and the Sat Nav breaking, and we were left with the ringing sound of defeat. 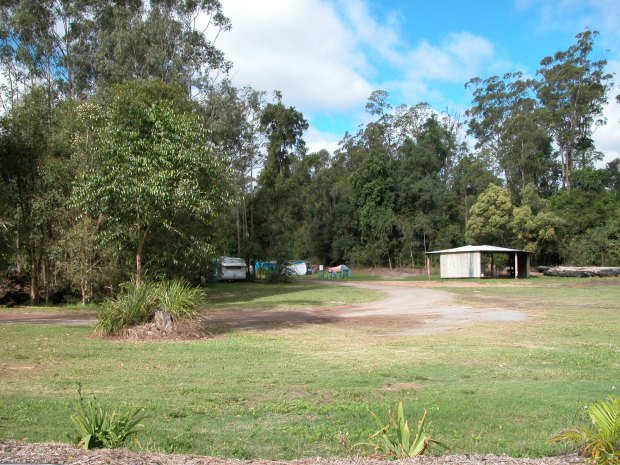 Things didn’t get much better when we arrived as it was pitch black, which made tent building a little difficult, even if it is a $50 Kmart’s own. The label on this tent clearly states ‘4 man’ but unless that means four infant school children, it’s lying. Thus, our inflatable double mattress was useless which caused Joe to have a strop and want to go home. Bless, he had never been camping before and refused to sleep on the hard floor. After telling him to suck it up, we finally saw the funny side of the evening and settled in for a cold night’s sleep in the relentless thunderstorm. How on earth our little tent survived is a miracle!

The following morning, an elderly couple camping close by came over to check if we were okay as they had been worrying about us all night. Adorable. As we ate our Coco Pops in the rain, we decided that today was not the day for a miserable hike and instead, headed for Australia Zoo. We stopped at an unassuming small cafe (Glasshouse Coffee & Tea Merchants Cafe) on the Steve Irwin Way for some much-needed caffeine and to our delight, it had a beautiful little getaway courtyard that served the most amazing coffee. 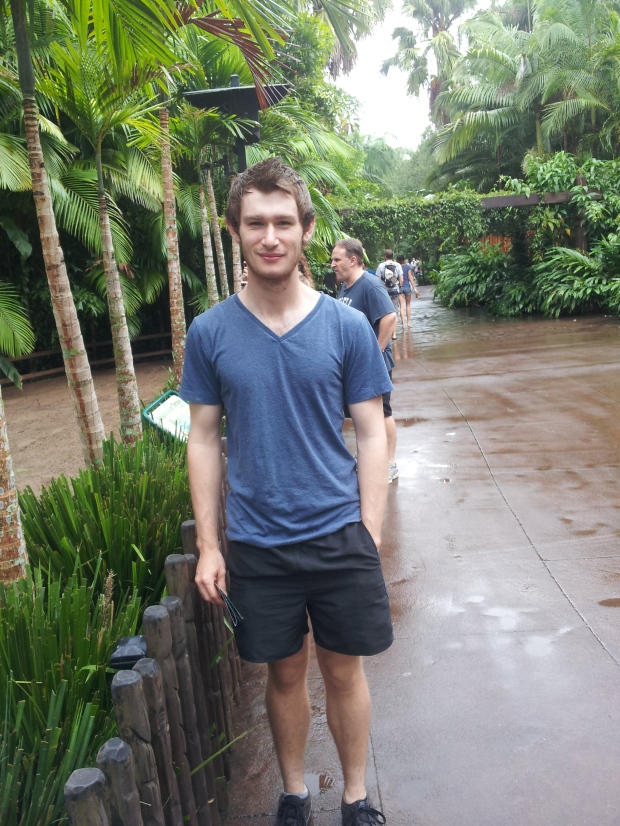 We leisurely toured the 100-acre zoo, stopping to view crocodile and elephant feedings, and to mingle with the kangaroos. That evening, we came to realise how unpractical my ‘let’s just wing it’ attitude was to cooking as it was near on impossible to build a campfire in the rain. Fortunately, another neighbour welcomed us over to cook on their gas cooker.

The next day was lovely and sunny, and the perfect opportunity for that hike. We chose to climb Mount Ngungun which isn’t the tallest of the Glasshouse Mountains, but it’s a medium level challenge nonetheless. The reward is the spectacular view at the top with a 360-degree view of the surrounding landscapes. After another scenic drive around the national park, we headed home for a Sunday-roast dinner and lots of chocolate. 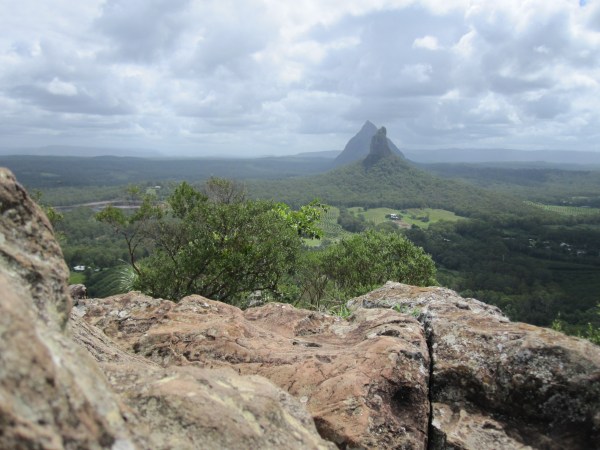