It has been unseasonably warm this weekend in Sydney – the warmest weekend since the start of June, so I was desperate to do something outdoorsy to make the most out of it.

As I live in Lane Cove, the obvious choice was a quick drive to Lane Cove National Park (20 mins North West of the Sydney CBD) for a leisurely walk to blow out the winter cobwebs.

Our intention was to explore the popular Riverside walk, described as a  ‘lovely stroll along one side of the Lane Cove River’,  but I’m convinced we did the wrong walk. After entering the park from Lane Cove Road, Macquarie Park, I saw the following sign and thought, ‘yes, that’s the one!‘ and went on my way. 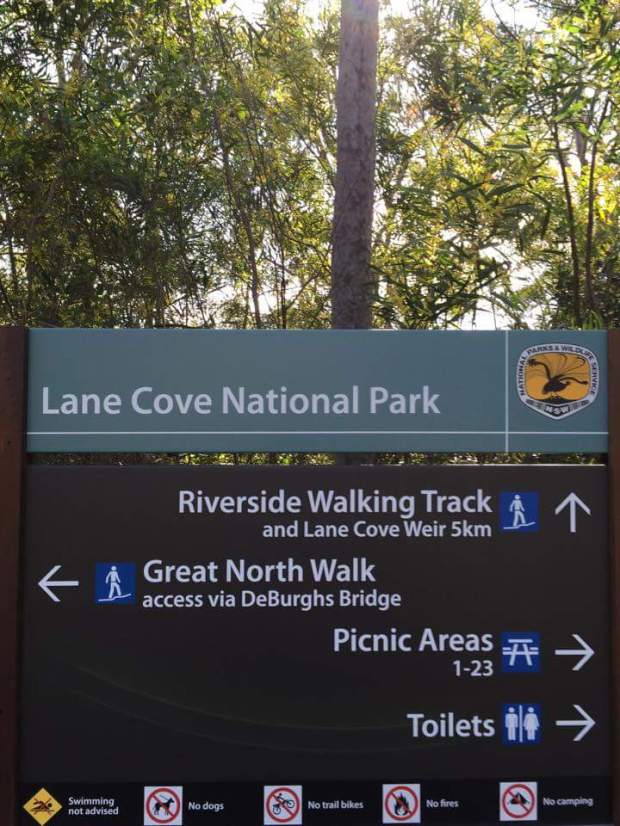 However, I’ve since read that there is also a Riverside Walking Track which is more advanced and has ‘many rocks, tree roots, uneven surfaces and occasional creek crossings’ which sounds a lot more like what we did! A mistake turned blessing in disguise I think, as I much prefer a challenging bush setting.

The walk follows the tranquil river and there are plenty of look-out points and rocks to enjoy the view along the way. I spotted a few canoeists paddling, which I’m already looking forward to doing in the Spring.

Halfway Point picnic area was the perfect spot to stop for a picnic lunch before returning back to the start. 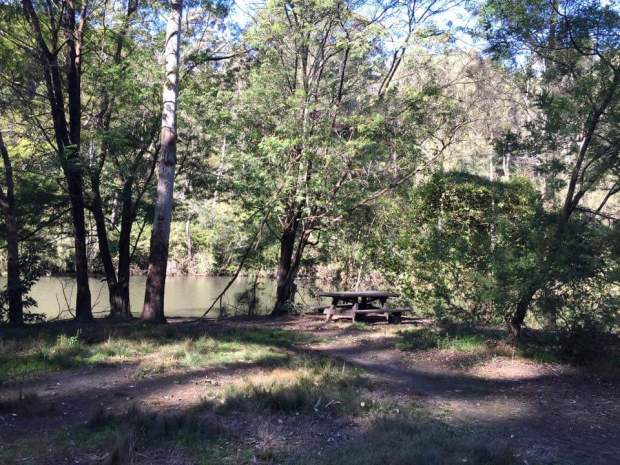